Another piece of the puzzle... 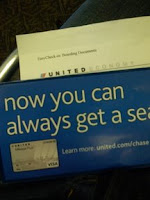 There's a great guest post up on KPW's blog that you should check out if you're a singer...it really does a good job of explaining the audition and casting process from our end of things. It's also illustrates why, even though I am loath to relinquish my fuzzy slippers for another suitcase and airplane, I'm excited to get back to finishing this puzzle. We're looking forward to finding some more puzzle pieces in our upcoming cities! (Really, it's like Sudoku with a cool soundtrack - what could be more fun?)

And it's great to see old friends and colleagues in the audition room, to hear what they sound like after several years of keeping in touch sporadically. For me, it's really difficult to relinquish the bonds of school...they open their mouths, and I'm the supportive classmate, really pulling for them and loving their performance in the context of my knowledge of them. But then having to weigh them against other singers, well it's pretty difficult. They're a talented bunch, and I know that while we might not see them this summer, we will soon.

Lots of lists today... first, the iPod list for Cincinnati:

And my Veterans Day Five:

Melear said…
You need to add "Ohio (Come Back to Texas)" by Bowling for Soup to your Ipod list. Talks about Cleveland, but close enough.
12:58 PM