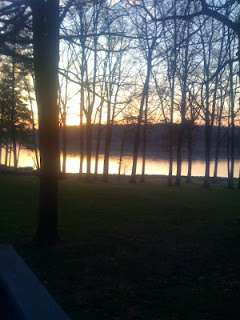 It's a day of endings, and a day of anticipation for new beginnings.

Recently we've lost several celebrities who were cultural icons...I had no personal run-ins with any of them, except to say that they were part of the cultural fabric of my youth. The Late Show, Charlie's Angels, Thriller... hell, I can still conjure a few of the dance moves from that video! (in an arthritic, omg such a white girl kind of way) Putting aside the personal scandals that the tabloids chose to exploit (and that I now choose to ignore), and focusing on them as entertainers, performers...I'll miss them. If not them specifically, then their material and what they meant to young Rahree, who stumbled (still does) when she speaks for large groups, has never had beautiful, flowing, feathered blonde hair, and who wanted more than anything to dance and sing for people.

In the anticipatory vein, hubby begins a new job on Monday, so it feels a bit like the calm before the storm. I've been talking with a friend about some exciting prospects and big ideas that have me daydreaming. And tomorrow night we open our first opera of the season, which is certainly cause for celebration!

I've had some heavy conversations today - all good, but thought-provoking. It's left me feeling thoughtful, and a little at sea...I don't necessarily think it's a bad thing to feel rudderless, though. If anything, it'll force me to look at life through a different lens. (which would be good, because my lens this particular week has been cracked and wonky and less than clear...)

And in the "totally random" category? I was walking the dog when an SUV drove - waaaay too quickly - up to the corner. Windows up, music blaring. And, as he passed (I checked! It was most definitely a he!), the song became clear...