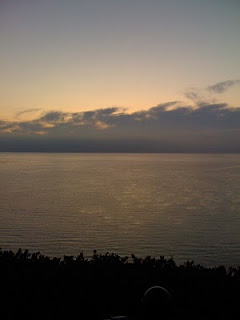 Bullet points. Because it's late, and I'm a little under the weather, still. (But I'm DETERMINED to kick this bug before the weekend! Hence the inspirational photo...that'd be Malibu Cove after sunrise, dahlings...)