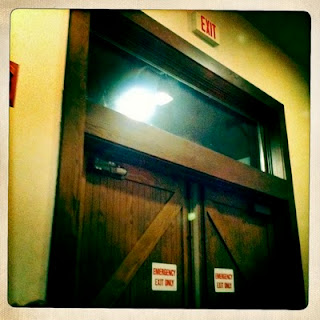 Reflecting on the last Monday of the opera season. Here's today's breakdown.
Tomorrow we bid adieu to Midsummer, and shortly thereafter to the singers and staff members that have made this summer such fun. It's a bittersweet time of year, to be sure...for as much as I'm dreaming of cooler weather and boots and stew and evenings off, I'll miss these folks, the crazy pace, the laughter, the ridiculous inside jokes.

Mostly? The music and the laughter. I'll miss those the most.

Less than 12 hours after the show closes I'll be ensconced in a recording studio with 4 of the nicest guys in classical musicland, working on recording the narrative bits for the radio show. In trying to switch from opera to chamber music, I'll be grinding some serious gears; but I know that the guys will be nice about it, even if I'm not actually able to make a sentence until Thursday's sessions.

(Heck, they'd probably be totally impressed if I could actually MAKE sentences on the first day. No worry of that this week, to be sure.)

My five:
And some more music. Because I need to broaden my playlist beyond Pyramus and Thisbe.

It's an oldie, but a favorite.