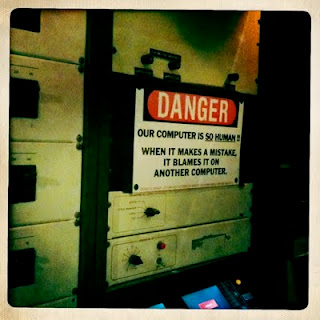 I have a file folder on my desk titled "Problems Time Has Solved", and at this point I'm chucking everything I possibly can into it. It's a risky strategy, as the likelihood of something dragging itself out of the magical folder and biting me in the ass is quite high.

(Some of the things in that folder? Zombie-like...totally unkillable.)

However, that's not to say that things are going poorly. Take today, for example. A morning which would've been filled with an orchestra rehearsal magically opened! Errands & gym, then caffeination and mealage were procured before heading to the Filene Center to work the first Symphony show of the season. Sure, it was hotter than the hinges (90+ degrees and humid. And why yes, my hair does look AWESOME.), but an afternoon rehearsal followed by an evening concert made for a lovely, condensed day. The program was Tchaikovsky, featuring a fanTAStic young violinist who did not break a sweat (and how? no idea. maybe because she's 18? was youth really THAT magical?) and selections from the Nutcracker.

Hearing the Nutcracker live in July is the bee's knees. Seriously.

My feet and knees are sore from miles walked on concrete and three very large flights of stairs, but somehow the evening of reunions with stagehands and NSO folks, and fantastic music making, made this evening practically fly by.

Days when time telescopes in on itself, and the relationships take equal footing with the tasks? Those are the best days, my friends. 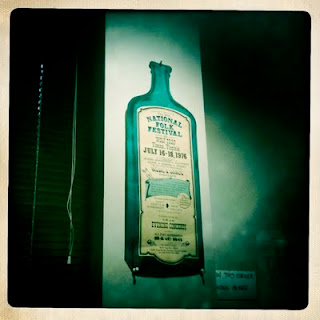