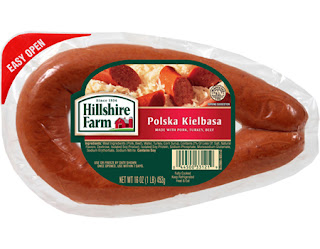 It's January! And that means that I'm looking and feeling a little more like a kielbasa than I'd like. Pants are tight, I've got bags under my eyes, and I feel generally gross.

This is part of that yearly cycle that I expect...it's almost comforting. It's that time of year when I decide to find my discipline muscle and exercise it a little bit. This year, staring down the arrival of a big, round birthday (gulp) instead of going whole-hog from January 1, falling off the wagon by January 15th and then resigning myself to buying bigger clothes? I'm trying to build momentum.

The first week of January? Cut out the sugar in my morning coffee.
The second week? Try to ingest more veggies. (They're difficult for me...if I could live on cheese and grains and wine I'd be a CHAMP. But I know they're good for me, so here goes.)
The third week? Track all the food that goes into the hopper.

The two other loose 'rules' for this spring are:

I've found a yoga class that is ass-kicking (power vinyasa with a girl who is not afraid to make me work...the only other time I've been this sore after yoga was the private ashtanga lessons I took in Pittsburgh!), and that I'm committed to attending. Running and Spartacus-ing(? gulp) and eating more veg and less sugar...that's the general plan.

As a general warning? I'm going to bitch about it in this very space. I have such a difficult time reading the weight-loss stories that are all peaches and cream, "I decided to do it, and I did! It was as easy as sneezing -the weight just fell right off!"

That, my friends, is fiction.

So I'll kvetch from time to time about the injustice of cold lettuce on colder days, about those lucky beeyatches with metabolisms like greyhounds, about the ridiculous deliciousness of any number of things that I am actively trying to avoid. I am going to take my first-ever 'before' photo (which will obviously not be something I share. Ew.).

And, come that big round birthday? I'm going to look foxy.

Anonymous said…
You already look foxy, my friend. May I recommend all kindsa veggie soups for the cold winter days... we've had a variation on green veggies, carrots and mushroom soups with a cup of cooked rice that gets blended with low-sodium broth to mimic the consistency of cream! It's delish.
2:17 PM

rahree said…
thanks! I'm taking you up on your suggestion, and have a big pot o'veg bubbling away on the stove...but the rice/broth thing is new to me and I can't WAIT to try it! Thanks mucho!
2:34 PM