I went to Canada!

And made it back! What are the chances??

The last time I was in Canada, I had taken the train up with my family and a group of my dad's high school French students for some cultural immersion.

We caught the train in Syracuse, took it to Montreal, and then took a smaller train to the Old City in Quebec. (On at least one occasion, the conductor let my brother and I press our noses against the windshield to watch the tracks disappear beneath the train and blow the whistle.)

I didn't need a passport.

I wore jeans and a navy blazer over my favorite Smurf t-shirt. My haircut was half Twiggy wanna-be, half little boy. (Mom called it a pixie to make me feel better, but my brother and I rocked the same 'do for several years.) I tried to watch the big kids playing cards on the overnight ride, and wondered why my parents wouldn't let me stay up with them.

We stayed in the Château Frontenac, on the St. Lawrence. I remember an alleyway where artists sold drawings and jewelry. There was a yellow house that was a restaurant, and we ate on the top floor, even my dad bowing under the short ceilings. I tried escargot and frog legs for the first time, and liked them both.

It was springtime, and we visited a maple farm and ate maple sugar candy. I was happily adventuring with my family, and my dad was in his element, surrounded by kids and a beautiful language.

***
My return to the Great White North was less carefree. I needed a passport this time around. I almost missed my connection in Toronto, but the sunset in Vancouver totally made up for it. I hadn't seen geography like that ever, like giants had heaved huge boulders into the oceans during some crazy game of catch with their gargantuan labradors.  I was part of an exhilarating, busy, bustling conference, and while I made it out of the hotel a handful of times to sightsee, it was all within the city limits.

But, at a small store, there were tiny billets of maple sugar candy...as sweet as the candy I had tried as a 10 year old.  I snagged a handful - for my niece and nephew and a colleague.

And one for me. I may greedily finish it this evening. It conjures such good, good memories.


Thanks for the lovely respite from pre-season madness, Vancouver. I'll be back, promise. 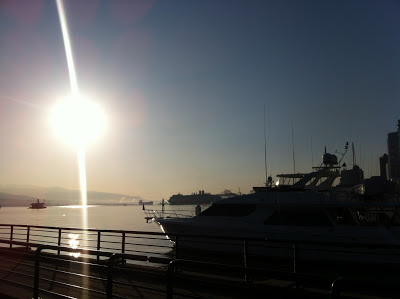 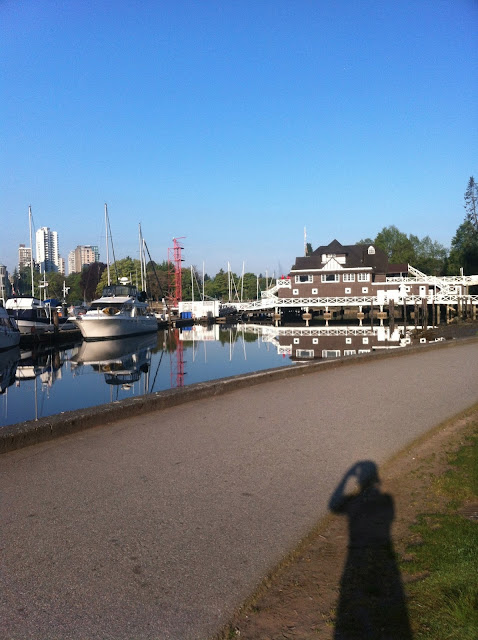