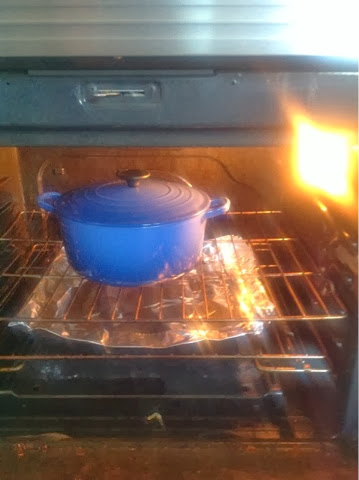 I know, I know. It's Wednesday. A random, run-of-the-mill November Wednesday, only distinguished in that it's the coldest Wednesday in recent memory.
But, even for the chill, it's been pretty damn awesome.
(In a very low-key way.)
After being on the road for the biggest part of six weeks (and officially completing NaNoWriMo, if team submissions were allowed - our comments added up to 89k words! Plot is ancillary, right?), Little Miss World Traveler turns into Little Miss Homebody. The clock strikes 7am, and upon waking I'm filled with a strong disinclination to leave my home for more than 30-minutes at a shot. It happens like clockwork, every fall, and I'm so lucky to have a day at home to indulge my nesty tendencies.
I've spend the day listening to music that is decidedly non-operatic in scope. 90s singer-songwriters (Shawn Colvin, Jonatha Brooke, Wilco, Ryan Adams in his druggie days) and mellow modern-ish guys (Band of Horses, Grizzly Bear, Rogue Wave, Sufjan Stevens, Local Natives) have spent equal time on queue, with me bellowing along. I've touched work email briefly, but only glancingly.
Mom sent me not one but TWO scarves that I'm going to live in the next few months (between the purply one she sent earlier this fall and the cobalt one from last fall? I'm toasty AND chic!), reminding me that non-bill mail is, indeed, fantastic. I bought holiday cards (I've learned that the writing of them is easy, but if I actually want to send them I need to spend some leisurely time writing them, rather than just signing my name...otherwise they languish in the back seat of my car until March, when I throw them away in an ashamed fit of pique.) and colored ink for my fountain pen. I daydreamed about France. I cleaned out the fridge and restocked it with things that won't give me botulism. I started doing the cubic ton of dirty laundry in the basement...and actually finished a load. (Which is significant because if I am wholly unproductive for the rest of the day? I've still done something. WIN.)
I grocery shopped my pudgy butt off. (HA. Wishful thinking.) I put a chuck roast and onions and garlic and tomatoes and red wine in the oven to cook for hours and hours. (You should be wishing for smell-o-blogger, the fragrance at chez moi is that good.) I might've had a little bit of that red wine to wash down a decadent snack-lunch of popcorn popped in coconut oil. (A director this summer made it on several occasions, and it might be my new favorite thing. So happy to have the time to try it today!) I've written and daydreamed and napped and researched and checked pesky things off of the to-do-list.
So, really? It's been a bang-up wonderful day.
And (here's where the lame comes in), I only wish that GL and KaPoW were around to join me. It always feels a little like withdrawal to leave the crazy audition structure behind, to have to figure out what to do on my own rather than having someone new walk through the door every 10 minutes to sing. What has become the new normal is no longer, well, normal. (Ok, let's be real. Never was it actually normal.) I don't have any reason to call them - but part of me wants to, just to say hi.
(Why yes, the administration is revoking my HardAss Card as we speak. Why do you ask?)
It's November, so in the spirit of thankfulness, I'm bringing back the Five: 5 things for which I'm grateful.
1. Colleagues in whose presence I take genuine delight. They're some awesome peeps.
2. Stove-popped popcorn. Reminding me of childhood, while simultaneously allowing me to put wonderful things (maple sugar & sea-salt: truffle oil and parmesan cheese; coconut oil!) ontop without giving me cancer from the microwave.
3. Band-aids. (My hands are a mess between the dry air and raking leaves and klutzy tendencies.)
4. Rewards. Stopped into BR to get some base layers, and they gave me an extra 10% off of the day's 30% discount because I was there early. Catchin' the worm, beeyatches!
5. Heat. I'm still amazed at the way heat can transform food. Low heat for a big ol' roast and carmelized onions: watching popcorn kernels turn themselves inside out. While the burn on my pinky (see #3) stings, I'm happy to have a day putzing in the kitchen.