I had a big project this spring that came to fruition at the end of April. It wasn't music/art related, which was one of the things that made it difficult. And it was also amazingly enlightening - not just in terms of subject matter, which provided in and of itself a huge learning curve. Turns out that I'm not as laid-back as I had hoped to be (some of you - hi mom - are laughing inappropriately hard at that last comment.), and that I am a good consensus builder up to a point and then "Get'erdone" takes over and I'm less likely to suffer fools.

There were many fun moments, some that were more interesting, some contentious moments, too:  but the biggest wake-up-call came when I realized that, as an arts administrator/ performer, I don't automatically have fewer skills or less know-how than my peers in other industries. Again, maybe that's not news to many folks, but it certainly seemed like it to me.

The project is done, and was done successfully. My teammates are great people - I was really lucky to have a great group. (We're collectively looking forward to the next time that we can hang out together without having work to complete while doing so!)

And, during that? We got this little guy: 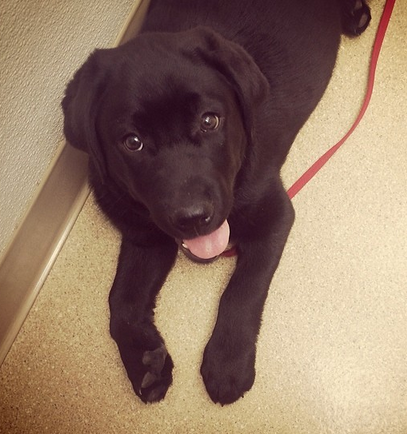 His name is Henry, and he has turned our household upside down, in the best ways. Three months old on Cinco de Mayo, and already 30 pounds. (In related events, the big dog is down 5 pounds, and so is mama!)

The big project is done, and there are several other projects that have wrapped (warped?) over the last few weeks, which felt good. I took last week off, and spent some great days in Pittsburgh hanging with Mom & some good friends that I adore & don't see often enough. And then, this weekend, I ended up with an epic, stupid sore throat that kept me out of the office today. (Truth: I wanted to make sure it wasn't strep. When I found out it likely wasn't, instead of going into the office I took a three-hour nap. I'm pretty sure I made the right choice.)

Work starts picking up soon - lots of details to settle in the next three weeks. Stage management arrives after Memorial Day, and then we're off to the races. SO many things to do before then! If you're inclined to come to Virginia for some music this summer, you'll let me know, won't you?