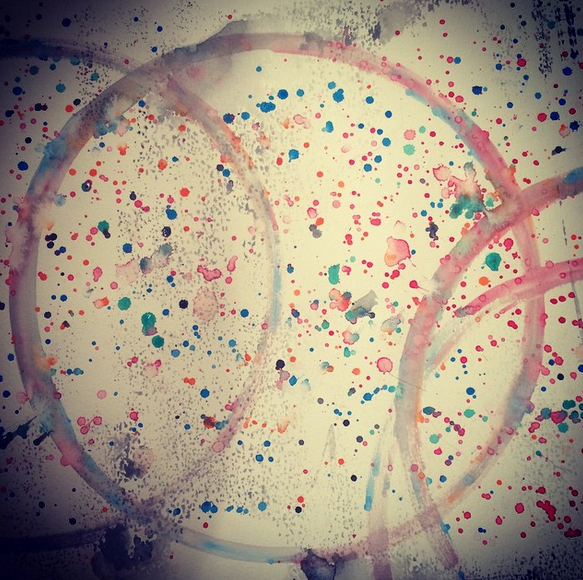 It's 10pm on the last Friday in January, and I'm happily snuggled into the couch, the puppy (who turns one next week, so maybe technically not so much a puppy?) tucked between my tuckus and the back of the couch. He snores and farts, but he's toasty warm... on a night like this I'll take toasty & loud over quiet & cold.

It's been a week. A good week, but a week nonetheless.
In less-than-awesome news? My office temperature hovered around 65 degrees for most of the week.
I have a gajillion things to do, and my motivation is strangely absent. I started the week strong as far as eating and working out, and only made it to Wednesday. And I have ignored the dust bunnies for internet surfing and the Outlander books. (Trashy and wonderful JUST LIKE ME.)

There is, as always, room for improvement.

But January has brought some really interesting people & projects into my life, and I'm feeling a very cool sense of momentum. I hadn't realized the depth of my 2014 rut until things started to feel better/more interesting...and they are, in fact, feeling much better. (Giving a shit is ALWAYS better than not giving a shit, I'm finding.)

Tomorrow I'm running a virtual 5k (most likely on a treadmill, because it's supposed to be reeeeeally cold in the AM), and then donating blood. And, if I can get my butt off the couch in the afternoon, meeting some artsy ladies for nibbles in town.

January was watercolor month. February is yoga month. My motto for 2015 might be "an overabundance of mojo." It's working so far.