State of the Art

Two interesting articles have come to my attention this week.

First is this piece by Anne Midgette of the Washington Post. In it, she speaks of the disconnect between the performing arts and their boards, and the subsequent conservatism in programming that results. She acknowledges the struggle that larger arts organizations -and, frankly, the system of supporting large organizations - is facing. And she ends with a call for reorganizing the orchestras and opera houses to bring creativity to all aspects of the process, not just into the rehearsal room or onto the stages.

Second is this piece by Chris Jones of the Chicago Tribune, which tackles the changing cultural world. The financial structures put in place to support professional artists are shrinking, and the number of institutions has grown. The "exuberant expression of self" has given rise to more people making - art, music, literature, drama - and with that comes a shift in the way those makers want to consume culture.

I'm still parsing out my thoughts about these two articles, but taken together I think they both give an accurate picture of where we are, and their concerns about our cultural sticking points are well-founded.

I work for a respected multi-million dollar performing arts non-profit. I work for the only producing wing of this legacy organization, and I work in opera and classical music. Our board is invested and engaged, and there is strong support for classical music and opera represented there. Over the last two summers we've experimented with a series of non-traditional programming. In 2016 we created events around Britten's Rape of Lucretia that included art history lectures, dramatic readings, a discussion about the source material and how it translates to modern society with representatives from military, legal and artistic panelists, and an opera-punk fusion piece. This summer we partnered with a number of wonderful complimentary performing arts non-profits to field an operatic piece for 4 year olds, joyous deconstructed public recitals, and an operatic retelling of a gothic tale in a warehouse.

The programming that takes place outside of our normal productions, like these non-traditional projects, is a drain on our resources...chiefly manhours. We have a structure set up to support the shows in our main venues (both from production and visibility standpoints), but with these projects we need to create those structures from whole cloth.

It is the support of that larger foundation, that legacy organization, that allows us to leverage the partnerships to make these projects happen...and it's also our parent organization's financial stability that has allowed us to experiment over the last two seasons in a significant way. So maybe not all big behemoth arts organizations are stuck in the mud? And, perhaps it's even more important for us to be reaching out, experimenting, failing and learning. 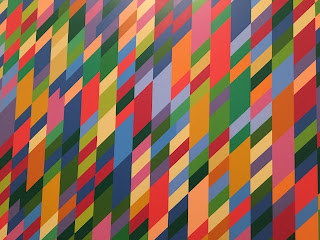